Restrictions ease as holidays begin - The easing of COVID-19 restrictions will be put to the test over this and next weekend as Australians enjoy public holidays.
US officer on murder charge over Floyd - The white Minneapolis police officer who pressed his knee into George Floyd's neck has been arrested and charged with murder, as authorities impose ov ...
Labor wants housing plan to support jobs - Federal Labor is urging the Morrison government to pursue a housing stimulus plan to support the construction sector, which is "about to fall off ...
US 'terminating' relationship with WHO - With new US economic numbers highlighting the rough road ahead for a hoped-for rebound, President Donald Trump has taken aim at the World Health Organ ...
SA teens allegedly stole, drove taxi 200km - Three South Australian teenagers allegedly hit a taxi driver over the head with a wine bottle before stealing his car and driving it for 200km.
Man arrested over Melbourne CBD stabbing - A man has been arrested after the stabbing of another man in Melbourne's CBD.
Twitter disclaimer on Trump's Floyd tweet - Twitter has accused President Donald Trump of "glorifying violence", attaching a disclaimer to one of his tweets about unrest in Minneapolis ...
Zookeeper attacked by two lions in NSW - A female zookeeper has been critically injured when she was mauled by two lions inside an enclosure on the NSW South Coast.
JobKeeper deadline splits senior ministers - Peter Dutton has broken ranks by raising the prospect of extending JobKeeper wage subsidies beyond their September expiry date.
Cairns police investigate death of 12-year-old boy - Detectives are Detectives are investigating the sudden death of a 12-year-old boy at Mooroobool overnight. Around 6.18pm on Thursday, police and em ... 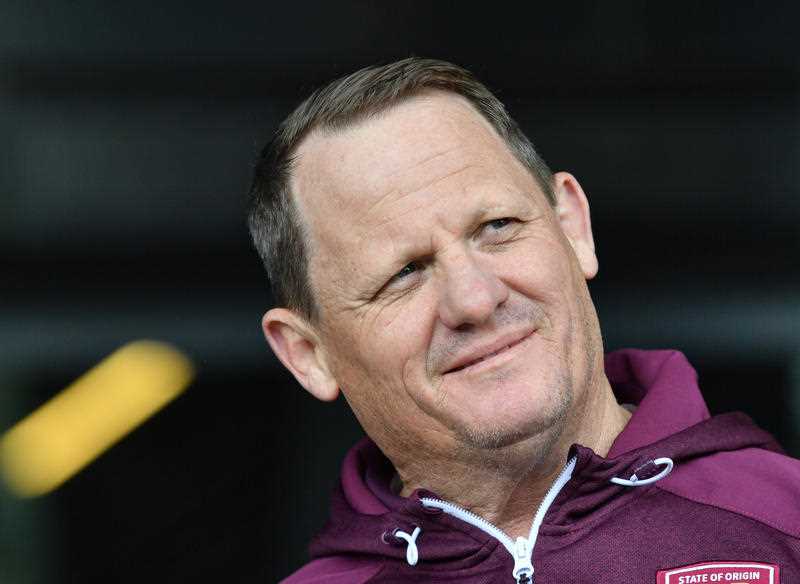 Queensland coach Kevin Walters admits the traditional State of Origin bonding night will have to be scrapped during this year's revamped series in November.

The NRL is expected to this week reveal Origin games on three consecutive Wednesdays, beginning on November 4, just ten days after the grand final.

Both states are likely to select train-on squads for players from teams that don't qualify for the finals to begin preparations for the Origin opener.

However once the series kicks off, players will have just seven days to recover and build for the next clash.

"Every player in the NRL, when he's on a seven-day turnaround, they need every little advantage they can," Walters said on Triple M radio.

"So we won't be doing (bonding nights).

"But we'll be doing that before we get a lot of these guys into camp. We can get in these little pods, we can do all sorts of things, not just training."

Walters also embraced the opportunity to have his squad in camp for three straight weeks instead of the traditional 10 days between matches.

"The next morning they're off back to their clubs and their head gets back into clubland, and rightly so. They need to switch from in and out of camps," he said.

"But this time around, we're gonna get their full attention for that three weeks, which from my point of view is a huge advantage from a coaching perspective."

Walters also welcomed the prospect of selecting a bigger squad, listing a handful of Origin prospects that have begun establishing themselves in first grade.

"This allows them another season of NRL before they go to Origin which for me is a huge advantage," Walters said.

"Guys like (Patrick) Carrigan, (Thomas) Flegler and (Ronaldo Mulitalo) from the Sharks, all these players gives them another 20-25 games in the NRL which is invaluable experience coming into Origin."