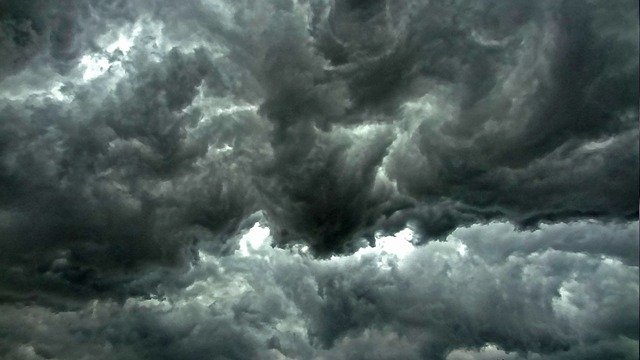 A tornado has hit west of Gladstone, bringing heavy rain and damaging winds to the Capricornia region.

It was recorded at Bracewell late Monday morning to early afternoon, during the development of a super storm cell.

Meteorologist Lauren Pattie says it is unclear exactly how strong the winds were when the tornado formed.

"Well in excess of 120km/h are possible with those kind of things.

"Normally you can give a bit of an estimate sometimes when you get the damage report, but I'm sure some people will go out today and all that information will come in."

There was rainfall around the region as well, with Captain Creek, south of Gladstone, picking up 51 millimetres.

According to the Bureau of Meteorology website, strong tornadoes occur during severe thunderstorms, mostly supercells. They grow in strength if the air below the cloud base is very humid and strong winds are recorded in the lowest kilometre of the atmosphere.

"Thunderstorms can be severe without tornados ... but obviously the lower levels of the atmosphere were just enough for a tornado funnel to develop and be actually captured on video," meteorologist Helen Reid says.

Ms Reid says today's weather should be less exciting, although severe storms are possible for parts of Central Queensland.