One killed in collapse at underground mine 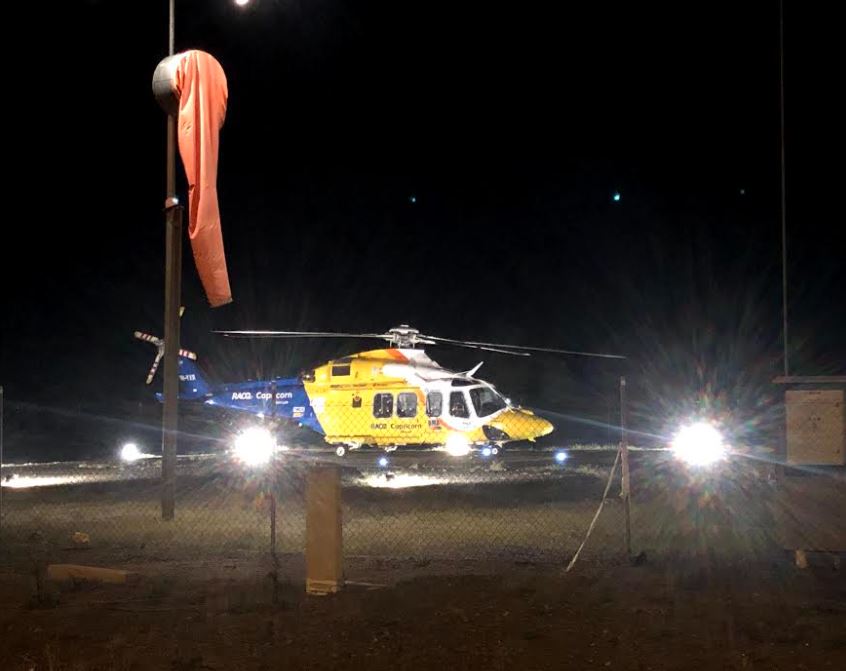 A man has passed away and two other people have been hospitalised after a collapse at an underground mine in Central Queensland overnight.

Emergency crews were called to Gregory Crinum mine north of Emerald around midnight, where a section of wall or ceiling collapsed.

Queensland Police confirm a man in his 60s has passed away.

A spokesperson for RACQ Capricorn Helicopter Rescue says 25 year old man was freed after reportedly being trapped for over four hours.

"A 25 year old, one of three men working on the roof before it collapsed, was airlifted by RACQ CapRescue in a serious but stable condition with crush injuries to his legs and pelvis," the spokesperson says.

"It is believed that he was trapped in rubble for over four hours before emergency services were able to pull him out."

A third person suffered a medical event and was taken to Emerald Hospital in a stable condition.

Resources Minister Scott Stewart told Parliament the Queensland Mines Inspectorate are on site this morning and will commence their investigation into the nature and cause of this incident.

"Any loss of life on our mine sites is unacceptable," Mr Stewart says.

"It is my expectation that Queensland Mines Inspectorate and Resources Safety and Health Queensland will investigate this incident thoroughly and with diligence.

"Operations at the Crinum mine have been suspended while the investigation is underway.

"I'd like to extend my heartfelt condolences ... to the family, to the friends and to the coworkers of the man who has passed away, and I also hope for a full and speedy recovery to the man who has been injured."

“I was shocked and saddened to be informed of a roof collapse at Crinum underground mine overnight resulting in the tragic death of a mineworker and serious injury of another," Mr Smyth says.

“We extend our deepest condolences to the family and friends of the deceased mineworker.

“We thank mines rescue and first responders for their attendance at the scene."

More details as they come.