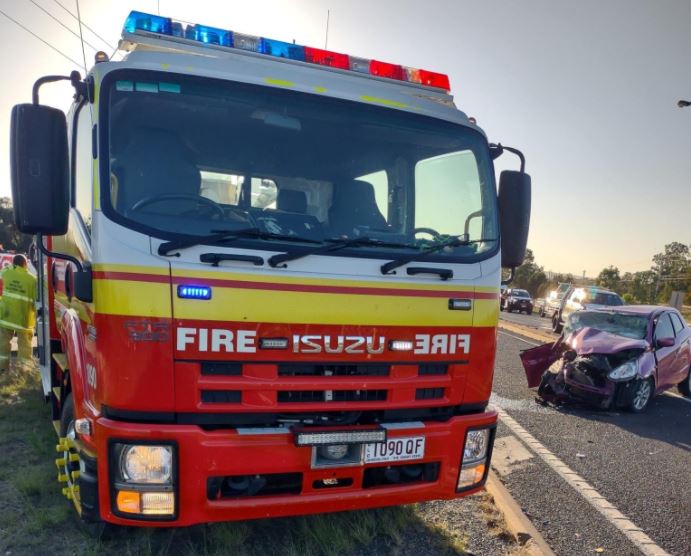 A woman has been left fighting for life after a crash in the Central Highlands this morning.

Queensland Police report a car and ute collided near the intersection of Blackwater Cooroorah Road and the Capricorn Highway at Blackwater just after 5:30am.

A spokesperson for Queensland Fire and Emergency Service says the patient needed to be cut from the vehicle, with crews removing a door to get to them.

The woman suffered significant upper and lower limb injuries in the incident.

Queensland Ambulance say paramedics transported her to Blackwater Hospital in a critical condition to meet with the rescue helicopter.

A statement to the myPolice Central Highlands Facebook page says as of 8am, the Capricorn Highway was closed to all traffic.

"Traffic is being diverted but please expect major delays," the post says.

"Please slow down if you are approaching this area."