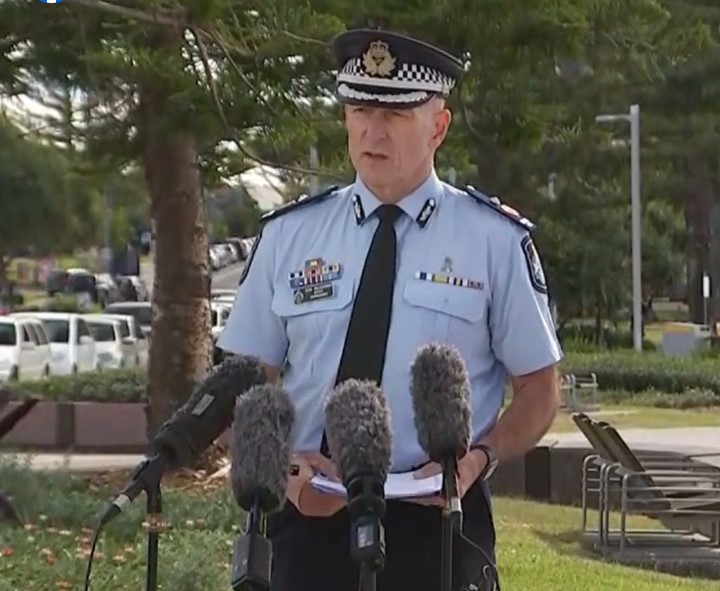 Police are reviewing border security as investigations into a Covid-positive Melbourne couple who fled lockdown to go to the Sunshine Coast continue.

It has been revealed five other people have been caught driving from Victoria via New South Wales, before crossing into Queensland at Goondiwindi.

Two women were intercepted at the checkpoint and were issued $4000 for trying to deceive police about where they had been.

A man in Dalby, on the Darling Downs, was caught after lying on his declaration form, while two people in the Wide Bay who also broke border rules.

Deputy Commissioner Steve Gollschewski says officers are still waiting until it is considered safe to interview the couple at the centre of the latest scare, who remain in isolation in Sunshine Coast University Hospital.

He expects they will be interviewed within the next few days when “we are advised by health it is safe to do so.

Police are reviewing whether security needs to be strengthened at the border.

Health Minister Yvette D’Ath says there are other Victorians who managed to come into Queensland without the correct exemptions.

“You cannot come into this state if you are from a hotspot and put our state at risk. And we will make sure that you will face the consequences if you do that.”

16-year-olds can now get vaccinated on the coast

Queenslanders, especially those in the south east corner, can breath a sigh of relief after no new COVID-19 cases recorded overnight.

Dr Young also revealed people aged between 16 and 49 can now get vaccinated with Pfizer at any of the clinics on the Sunshine Coast.

A temporary vaccination clinic has opened at Caloundra sports centre, which will accept walk-in appointments until June 23, in a bid to cope with demand.

People aged 50 and over can also go there for a jab.

“You can organise a booking if the queues are a bit lengthy," Dr Young says.

Dr Young is urging anyone in Queensland who comes down with coronavirus symptoms to get tested.

“We don’t know what might have tomorrow or the next day, so if you develop symptoms come forward to get tested because you might be the first person in another cluster.”