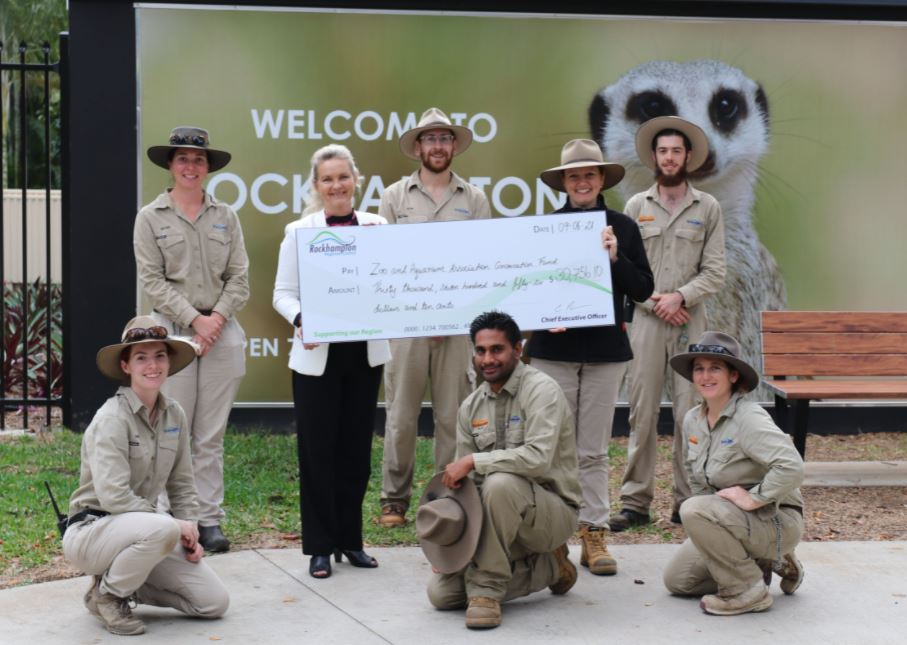 If you've ever spared some cash for a donation at the Rockhampton Zoo, it usually goes towards keeping the facility running.

This year however has seen over $30,000 in donations redirected to the Zoo and Aquarium Association's (ZAA), to help support wild life affected by last year's bush fire crisis.

Rockhampton Councillor for Parks, Sport and Public Spaces Cherie Rutherford says $30,756.10 was raised through donations as people came through the park.

"That was the dream total ... it's probably double what we usually get," Cr Rutherford says.

"I think people were very much aware of the impacts that the bush fires and the continued drought have on our wildlife and are really happy to help out where they can."

“Following the devastating effects of the bushfires in New South Wales and the news of the impact to more than one billion animals, we decided that all donations made at the Zoo for a year would contribute to the ZAA’s Wildlife Conservation Fund,” Cr Rutherford says.

“Donations made previously would go directly to the operation of the Zoo, so this was Council’s and the staff’s way of supporting our native wildlife - contributing 100% of all zoo donations to the ZAA bushfire recovery projects."