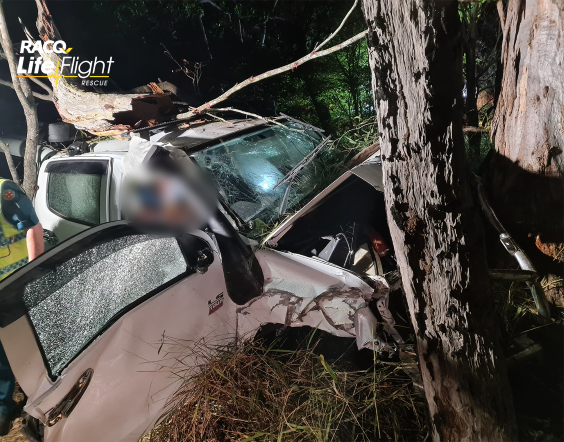 A man has died in hospital after a tragic crash in Euleilah overnight, north of Bundaberg.

Emergency crews were called to Hills Road, where the 69-year-old Deepwater man - and sole occupant of the car - veered off the road, before colliding with a tree.

A RACQ Lifeflight Rescue spokesperson says the man was stuck in the vehicle for more than an hour.

Firefighters freed him around 6:50pm.

"The patient was trapped in the vehicle for some time, before being freed and treated for suspected leg, chest and internal injuries," the spokesperson says.

The rescue chopper was called to airlift the man to Bundaberg Hospital in a serious condition. Tragically, he could not be saved.

RACQ Lifeflight Rescue suspects the driver had a medical episode while behind the wheel, causing him to lose control.

The Forensic Crash Unit is investigating and appealing for anyone with dash cam vision to contact police.