Woman charged over Depot Hill assault - A 42-year-old woman has been charged after a man was stabbed at Depot Hill. Police were called to Arthur Street around 10pm last night after a ...
Premier Andrews in hospital after fall - Victorian Premier Daniel Andrews has been taken to hospital for X-rays after he fell while getting ready for work.
50 lives lost on QLD roads - 50 lives lost on Queensland roads already this year Queensland has reached a tragic milestone with 50 lives lost on our roads so far in 2021, 18 ...
Man hospitalised after two car crash - A man has been taken to hospital following a two car crash overnight. It happened around 8:00pm on Farnborough Road, after the two cars collide ...
Black jewfish off limits - Cental Queensland fishers are being reminded, if you catch a black jewfish you'll have to toss it back. The species is now off limits to all fis ...
NSW koala laws 'not a diminution': Stokes - The NSW planning minister has insisted his government's new koala conservation planning rules are "not a diminution" of rural koala protecti ...
Key quotes from the Sussex's Oprah chat - Memorable quotes and major revelations from Oprah Winfrey's interview with Meghan and Harry, their first since stepping away from royal life:"I j ...
Qld mayors band together, demanding SES report be made public - Questions are being asked about why the findings of a review into the State Emergency Service haven't been released to the public after more than ei ...
GPs brace for coronavirus vaccine rollout - Doctors are ironing out complicated logistics and asking for patience as they prepare to give millions of Australians the coronavirus vaccine.
$84m of tobacco seized in NSW/Vic - More than $84 million worth of tobacco has been seized in a two-day blitz that's disrupted three illicit tobacco growing operations in regional Victor ... 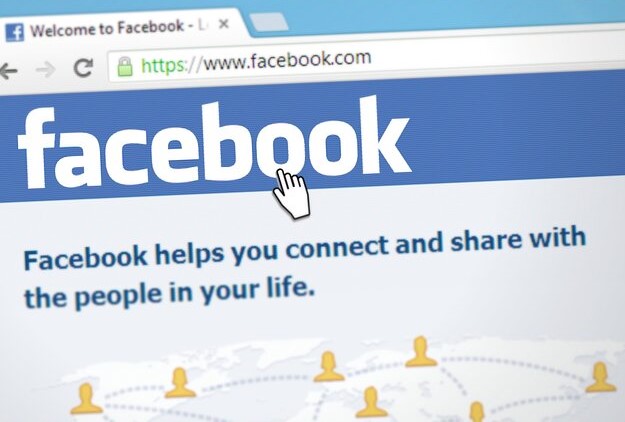 A social media expert at Central Queensland University says Facebook is using “bullying tactics” and holding Australia to ransom in a fight over advertising revenue.

The social media giant has banned Australian users from viewing or sharing local and international news content on its platform.

Senior lecturer in information systems and analysis Ritesh Chugh is accusing Facebook of using intimidation tactics as part of its negotiation process with the Federal Government.

Last night, the House of Representatives passed a media bargaining code which will require digital companies – like Facebook – to pay media companies for using their content. The Bill is yet to go through the Senate.

“The whole idea of creating the bargaining law was actually to create a framework that allows the parties to reach commercial agreements,” Mr Chugh says.

“Google has started in the last two or three days…brokering deals with media organisations, such as Nine Media, Seven West and News Corp.”

Grant Broadcasters has been in contact with Facebook officials this morning about its sites being blocked and received this response:

“I am writing to confirm that due to new laws in Australia, from today we will reluctantly restrict publishers and people in Australia from sharing or viewing Australian and international news content on Facebook.”

In a statement released this morning, the tech giant says it has been done with a “heavy heart”.

“We hope that in the future the Australian government will recognise the value we already provide and work with us to strengthen, rather than limit, our partnerships with publishers.”

Mr Chugh describes the ban as unfair on many parties that aren't media companies, including the businesses who advertise on Facebook, as well as people who rely on the platform for news.

He points out a recent study revealed 40 per cent of Australians rely on social media for their news content.

“If I go to Facebook and I don’t have access to that news, there’s not much in it for me except for the social interaction with my friends and family.

“It means I will be spending less time on Facebook than I usually do, which isn’t good from a business perspective.

He says Australia should call on its political allies to take a stand against the advertising powerhouse.

“If today it is Australia, tomorrow it can be any other country that will be subjected to similar bullying tactics.” 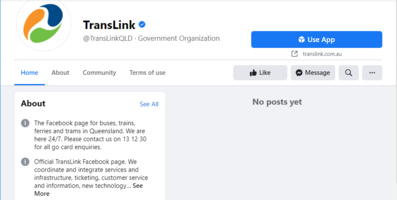 Caught in the crossfire

Other companies – including businesses and government departments – have been caught in the crossfire, unable to post to Facebook.

Queensland Health has now had its account restored after it couldn’t post information to its 600,000 members for several hours.

Treasure Cameron Dick took to Twitter to call it “nuts” to block reliable news and health information during the coronavirus pandemic.

Bureau of Meteorology, Translink, Harvey Norman and Energex also had their accounts wiped.

Mr Chugh expects some progress between Facebook and the Federal Government within the next few days.