Two hospitalised after truck and car crash - A truck and car crash in the Gladstone region overnight has left two people in hospital. Queensland Ambulance rushed to the scene at Raglan Street ...
Qld reopens to NSW hotspots from Feb 1 - All Australians will be able to freely visit Queensland next week after the state decided to reopen its border to Greater Sydney.
NSW premier welcomes Qld border opening - NSW Premier Gladys Berejiklian has welcomed the re-opening of the border with Queensland on Monday.
Nadal, Serena support strict protocols - Rafa Nadal feels tennis players are privileged to be able to compete at the Australian Open during the COVID-19 pandemic and urged fellow participants ...
Australia holds fire on NZ travel decision - Australia is seeking more information from New Zealand health authorities before restarting quarantine-free travel after two fresh coronavirus infecti ...
Barnaby Joyce criticises federal coalition - Former Nationals leader Barnaby Joyce has come out swinging against his party's alliance with the Liberals.
CQ not first in line to get Pfizer COVID-19 vaccine - Central Queensland has missed out on being named as one of the six major centres to be the first to roll out the coronavirus vaccine in Queensland. ...
Smoke blankets Farnborough as fire burns - Residents in Farnborough are being asked to close their windows and doors as they could be impacted by smoke from a bushfire burning in the area. T ...
Restrictions ease, Syd mask rules change - The NSW premier says she hopes the imminent easing of coronavirus-prompted restrictions on gatherings and rules around mask usage will help the state' ...
Biden moves to boost COVID vaccine supply - Answering growing frustration over vaccine shortages, President Joe Biden has announced the US is surging deliveries to hard-pressed states over the n ... 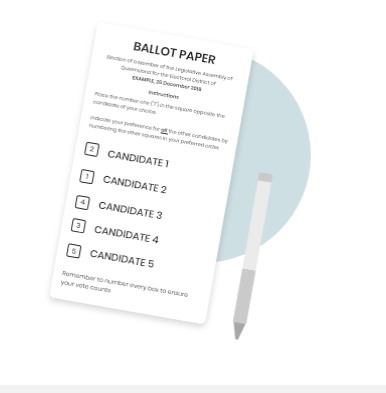 Rockhampton voters are making the most of being able to cast their ballots early in the mayoral by-election as polling day draws closer.

More than 6,000 people have already had their say on who becomes leader, just three days after early voting opened.

“Early voting is a growing trend in elections and even in regional by-elections, voters are choosing an option that best suits their needs," Mr Vidgen says.

“The ECQ will undertake a preliminary count of all available early, postal, telephone and election day votes on election night, with the official count beginning on the following day, Sunday."

For more information visit www.ecq.qld.gov.au, and make sure you’re correctly enrolled at aec.gov.au

With 17 candidates sticking up their hand for the hotly-contested job, people are being encouraged to vote early.