Cyclone continues to threaten Qld coast - North Queenslanders are continuing to batten down the hatches, as an unpredictable tropical cyclone lurks off the coast.
Zero new NSW cases, vaccine entry 'ticket' - NSW has recorded no new locally acquired cases of COVID-19, as Premier Gladys Berejiklian suggests the government may permit venues to ban entry to th ...
Overseas travel remains unlikely this year - The head of Australia's health department believes it is unlikely international borders will substantially reopen this year, even if most people are v ...
Victoria eases borders for parts of Sydney - Thousands of stranded Victorians will be able to return home following the easing of border restrictions with the NSW Blue Mountains, Wollongong and p ...
Vic economy to bounce back fastest: report - Victoria's economy is forecast to recover quicker than any other state or territory, despite suffering the worst downturn in Australia due to its seco ...
Haas must accept consequences: Broncos CEO - Brisbane forward Payne Haas has to accept whatever consequences, legal or otherwise, arise from the "poor decision" which led to arrest in n ...
Vic workers set to return to city offices - Melbourne workers are expected to return to city offices in droves on Monday, with new research showing most feel safe and ready after being home-boun ...
Confined players angry; Open dates to stay - Australian Open boss Craig Tiley has ruled out delaying the tennis grand slam despite increasing pressure from restive international players furious a ...
NSW reports six new linked COVID-19 cases - As NSW records six locally acquired cases of COVID-19 Premier Gladys Berejiklian is urging Victoria to reopen its border with the state.
Further drop in unemployment rate expected - Economists expect the latest job figures will show a further easing in the unemployment rate and another solid rise in the number of people employed, ...

Gladstone woman kicks off New Year by becoming a millionaire 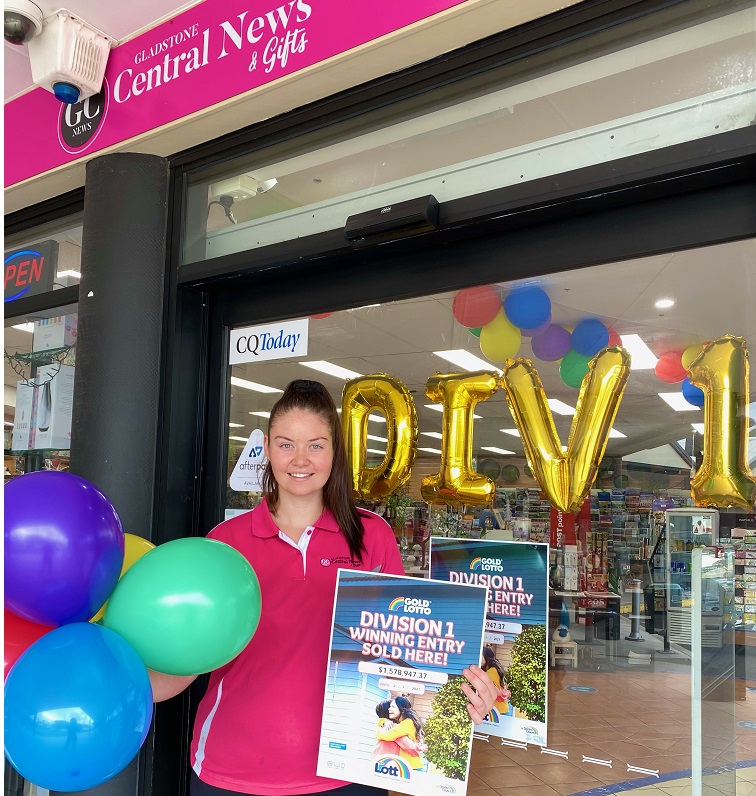 The New Year is off to a great start for a Gladstone woman, who has become a millionaire in the first week of 2021.

The Central Queenslander held one of the 19 division one winning entries in Saturday night's Gold Lotto $30 Million Megadraw on January 2.

“It’s completely life-changing for us,” the woman told an official from The Lott.

“We’ve been pinching ourselves for two days.

The winner says the money will go a long way.

"Working less is definitely on the cards," she says.

“We’ll certainly share with our family; it will make a lot of people happy.”

Store owner Alison Moodie says it was great to see another division one win land in her outlet.

“My first thought was, ‘Wow, my team and I have just made someone's dreams come true!'

"I had goosebumps,” she says.

"It's a great feeling to know we have helped change someone's life.

“This is our second division one winning ticket in the outlet since we opened in October 2018."