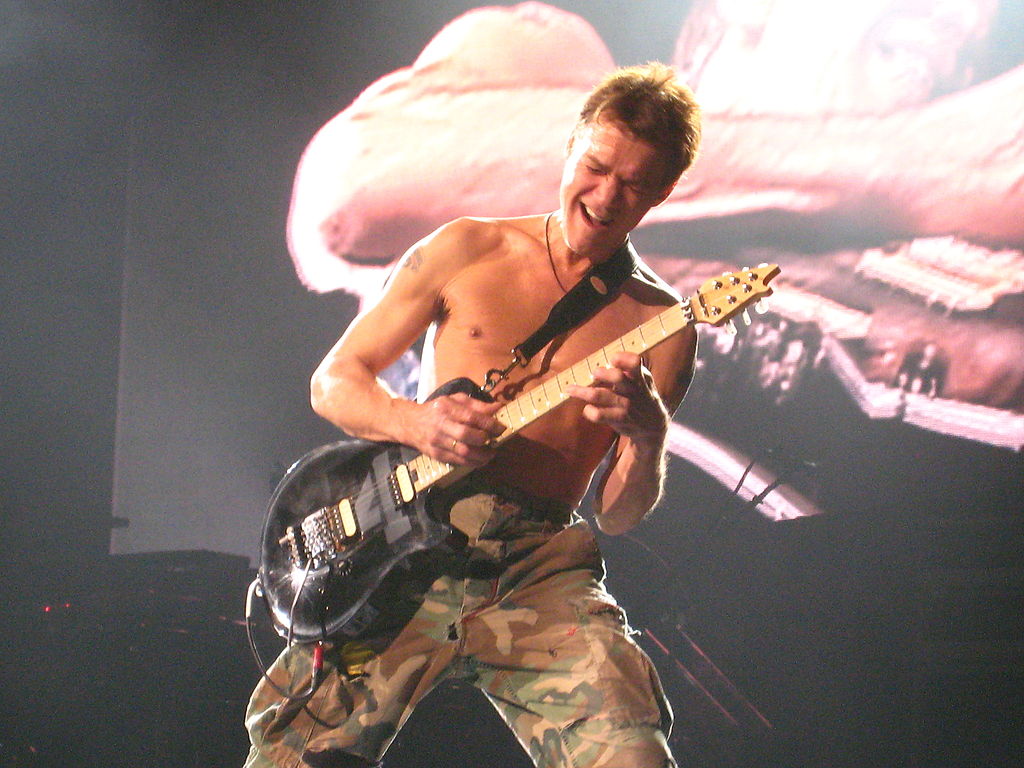 Eddie Van Halen, whose innovative and explosive guitar playing kept the hard rock band that bore his family name cemented to the top of the album charts for two decades, has died after a long battle with cancer. He was 65.

Born in the Netherlands and raised in Pasadena, he founded Van Halen with his older brother, drummer Alex; the siblings were joined by vocalist David Lee Roth and bassist Michael Anthony in the first recording line-up of the group, which exploded after star-making gigs at such West Hollywood clubs as Gazzarri's and the Starwood.

It was instantly apparent from Eruption, the solo showcase on Van Halen's self-titled 1978 debut album for Warner Bros., that Eddie Van Halen was an instrumentalist to be reckoned with.

In a mere one minute and 42 seconds, the axe man detonated a dazzling display of fretboard tapping, ringing harmonics, lightning-fast licks and smeared, dive-bombing effects.

Acting as the band's musical director and co-authoring the band's tough-riffing songs, which straddled the boundary between hard rock and heavy metal, Eddie Van Halen found immediate success, and formulated a style that would be emulated by hordes of long-haired rockers.

The group's first LP Van Halen, though it climbed no higher than No. 19 in the US, would ultimately be certified for sales of 10 million copies. Its next five multi- platinum albums all reached the top 10; 1984, released in its titular year, contained the band's first and only No.1 single, the synthesiser-driven Jump, and sifted another 10 million units.

Ongoing conflict between the guitarist and the antic front man Roth - who reportedly took exception to Van Halen's extracurricular work, which included jaw-dropping lead guitar chores on Michael Jackson's ubiquitous 1983 single Beat It - led the singer to split with the act after its elaborate and wildly successful 1984 tour.

Eddie Van Halen was dogged by personal and health issues that would intermittently interfere with his work in music over the course of the next decade. A chronic joint problem, exacerbated by his reckless onstage style, forced him to undergo hip replacement surgery in 1999. The onset of cancer - likely the result of heavy smoking - led to the surgical removal of part of his tongue in 2000.

Eddie Van Halen's escalating drug abuse and alcoholism hastened his 2007 divorce from TV actress Valerie Bertinelli, his wife of 16 years, after a protracted separation. He entered rehab in 2007, and was reportedly sober from 2008.

"I was an alcoholic, and I needed alcohol to function," he said in a 2015 interview with Chuck Klosterman.

"I didn't drink to party. Alcohol and cocaine were private things to me. I would use them for work. The blow keeps you awake and the alcohol lowers your inhibitions. I'm sure there were musical things I would not have attempted were I not in that mental state."

Eddie Van Halen is survived by his second wife, the band's former publicist Janie Liszewski, whom he married in 2009, and his son.